“No longer a member of the martial arts world of Murim, Shi-Woon Yi is supposed to return to his normal life. However, he was given a medallion from So-Sul that names him as the new leader of the Sun-Woo clan. The Sun-Woo clan elders send Jin-Ie Kwon as protection for Shi-Woon, and to make him accept the position of head of the clan so they can make him their puppet. Shi-Woon is confronted by 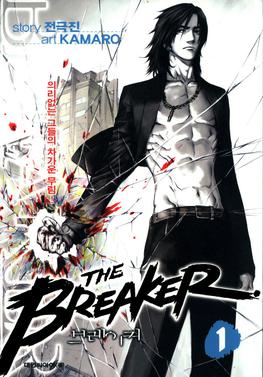 several individuals with grudges against his master. Despite having a shattered Ki center, Shi-Woon chooses to fight in order to protect the reputation of his master. The Sun-Woo clan, realizing that Shi-Woon will not be a willing puppet for them, orders Jin-Ie to kill him, but she spares his life. Not wanting to cause trouble for Jin-Ie, Shi-Woon goes into hiding, hoping the Sun-Woo clan will believe he is dead. Shi-Woon encounters difficulties, however, when he starts getting regularly attacked on the street by the S.U.C. (Soldiers Under Command), an organization of individuals claiming to be “disciples” of the Nine Arts Dragon. They claim that in order to fulfil Chun-Woo’s will, they must eliminate his “first student”, Shi-Woon. Believing that they are going against his master’s beliefs and teachings, Shi-Woon tries to fight them but struggles. He encounters a mysterious homeless man who gives him a special medicine that, when consumed, allows Shi-Woon’s body to produce Ki for a limited period of time despite his shattered Ki center. With it, Shi-Woon is able to utilize his old techniques and defeat several of his attackers. Told repeatedly that there is no way to fix his shattered Ki center, Shi-Woon resolves to find a way to get stronger”

This Manga is very brutal the battles the story, I can even say that this manga could beat Kenichi the strongest disciple, because Mangas like Kenichi right now are stuck in the slow growth of the character and is the typical history   but here we will find a very gifted character without a lot of  insecurity because he is the main head of a Martial art organization

Our first RPG. What was yours? pic.twitter.com/VHQ7MvBfL3